Home  Blog  Dilmun Civilization: The ancient civilization of the Gulf

Dilmun Civilization: The ancient civilization of the Gulf

Described as the place ‘where the sun rises’ and ‘the land of the living’, The Dilmun civilization was an ancient civilization situated in the eastern part of the Arabian Peninsula. It was one of the oldest civilizations in the world.

The capital of the Dilmun was located in the Gulf archipelago which is now the Kingdom of Bahrain; the Dilmun civilization was able to develop as a trade center due to its strategic location. It controlled the trading routes in the Arabian Gulf at the highest of its power.

Despite its long history and its importance, very little is known about the Dilmun civilization, it is considered one of the greatest mysteries in history.

Let’s take a look at this fascinating ancient civilization, and learn how people lived across the Gulf region in the old days.

Dilmun is unique amidst other ancient civilizations in that it has two different stories, one story being that the civilization is entirely mythical, this story stems from the Sumerian mythology which mentions Dilmun as the mythical land of the gods.

Dilmun was known as the bright and pure land in this mythological story. It was a paradise where sad and painful things like sickness and death did not exist at all. Its land was filled with divine water sources, these waters transformed it into a magical garden for the gods, where the mother goddess Ninhursag tended sacred plants. Due to its unbelievable beauty, many gods lived in Dilmun.

Some say though that this story is actually about the garden of Eden, and that it does not refer to Dilmun at all, while others believe the Sumerians were fascinated with Dilmun because it had an abundance of natural springs transforming it into a lush green land amid the desert.

The history of the real Dilmun

From the fourth millennium to 800 BC, Dilmun was a significant trading center controlling the trading routes in the Gulf.

The country was at its most prosperous during the first 300 years of the second millennium. Between 1000 BC and 800 BC though, Dilmun started losing its commercial power due to the piracy which flourished in the Gulf around that time.

The ancient site of Qal’at al-Bahrain in the northwestern part of the island is considered to be the main harbor and the capital of Dilmun. This site features seven successive levels of settlement, and the oldest of them dates back to around 2300 BC.

It also features a unique sea tower, which probably functioned as a lighthouse. This unique example of ancient maritime architecture is the only one of its kind in the region, together with the adjacent sea channel this clearly demonstrates the significance of this city in trade routes.

Dilmun is mentioned in many other civilizations as a trade partner, or as the place where fine goods come from. Numerous sources can give us some idea of what was traded in those days.

Some of the goods sent to Mesopotamia are precious woods, ivory, gold, and pearls from the Arabian Gulf, these goods were sent in exchange for silver, tin, textiles, olive oil and grains.

In addition to that, the merchants of Dilmun had a monopoly on the copper trade, copper was brought from the mines of Oman and shipped to Mesopotamian cities.

More than just an important trade center, Dilmun comprised great agriculture due to the abundance of artesian waters in the area.

In an ancient Sumerian text, Dilmun was described as a blessed, prosperous land dotted with great dwellings. The text also said that all the countries known to Sumerians brought their goods to Dilmun.

We know that the Dilmuns believed in the after-life by their respect for the dead, they buried the dead with possessions such as tools, weapons, food, drinking vessels, and gold. This bears resemblance with the way the Pharaohs buried their dead, which tells us that the Dilmuns too believed that the dead will rise one day.

The burial mounds of Saar

The old settlement in Saar includes two main areas, a residential area and a cemetery where the inhabitants buried their dead. The city was established around a natural spring and had a complicated well, which proves that the existence of fresh water was one of the main reasons a great civilization had been established in the area.

Showing all the components of a modern city, the site of the residential area features houses, restaurants, commercial outlets and a place of worship. People are mostly fascinated though with the ancient cemetery adjacent to the city. The complicated design and the sophistication with which it was built is very interesting. 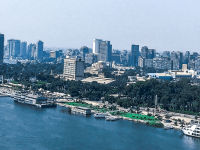 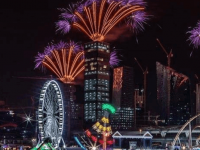 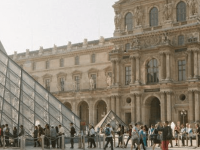 Amazing Tour Around the World: Best Cruise Trips in the World