Tanzania is one of the African nations that occupy the Great Lakes Region in Eastern Africa and one of the continent’s most renowned touristic countries with its eastern side bordered by the waters of the Indian Ocean and Comoro Islands. There is a multitude of adventures to go on and things to do in Tanzania which helped boosting it as a tourism attraction for adventure tourism and exotic spots lovers, not to mention its cultural and demographic diversity which is best reflected in the fact that there are more than 100 languages spoken in it.Among the many natural wonders that Tanzania encompasses, Mount Kilimanjaro, along with its eponymous national park, might be the most prominent attraction the country has. This is because Mount Kilimanjaro, essentially a dormant volcano, is the highest mountain top in all of Africa with a height that exceeds the 5,800 meters above sea level mark.If you would like to plan a vacation in Tanzania, It is highly advised to make your trip there in the period between June and late October - a period known as the Dry Season. This season is known for providing the best chance to Tanzania’s visitors to see and witness the wildlife in the country’s vast tropical forests as well as having the best weather for practicing the many activities and things to do in Tanzania. Meanwhile, the second most favorable period to visit Tanzania is arguably the months of January and February.Tanzania is perfectly suitable for adventure and wildlife safari lovers; it is more like a gateway for you to explore the exotic atmosphere at the heart of Africa. Without a doubt, mountain climbing and trekking come at the top of the list of things to do in Tanzania because of the many mountains it comprises aside from Mount Kilimanjaro like Mount Meru, another dormant volcano and the fourth highest mountain in Africa, Usambara Mountains, and Mahale Mountains around which Mahale Mountains National Park was established.That being said, the second most popular adventurous activity in Tanzania which comes mostly accompanied with trekking is visiting the several national parks which Tanzania includes. To mention a few, along with the National Parks of Mount Kilimanjaro and Mahale Mountains, there is also Saadani National Park, Jozani Chwaka Bay on the island of Zanzibar, Udzungwa Mountains National Park, and Katavi National Park.However, Tanzania does not only provide its tourists its visitors with the perfect environment for mountainous and wildlife activities. The water sports also contribute a significant part of the things to do in Tanzania due its coastal nature. For example, you can visit Mnemba Island resort to spend some quality time practicing activities like Snorkeling and Scuba Diving or relaxing on the white sand beach of Nungwi.It is also worth mentioning that history tourism lovers will find several places to visit and things to do in Tanzania like the 17th century Old Fort of Zanzibar, the Old Dispensary and the Christ Church in Zanzibar. 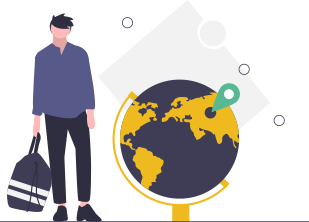 Into the jungles of Tanzania

You may also want to visit: